I’ve never given purgatory much thought, until I got stranded there.

Taipei Main Station is my personal purgatory. Descent into this wasteland leaves victims dead inside: parched, hopeless, and restroom-deprived. It’s like a deleted Harry Potter scene – edited out so he could actually survive the series. 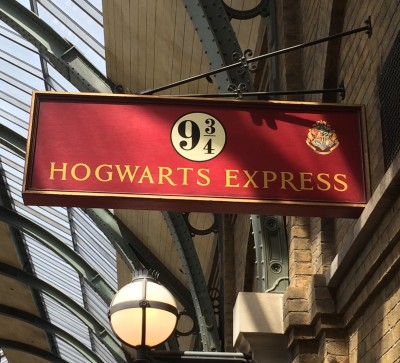 The resemblance here is obvious.

First impressions of this netherworld are illusive:

Taipei Main Station is the heart and hub of the city. It circulates life and mobility to all who aren’t brave enough to drive a scooter. Everyone is on a mission to somewhere. Purpose oozes from their pores, and powers their footsteps. Their quests are noble destinations, like the airport or high-speed rail for business, the underground mall; maybe dim sum.

But I know the truth. Taipei Main station is an underground labyrinth that leads to nowhere.

Listen closely, and you will hear the groans of souls trapped within:

“There’s the Bento Box place again. I told you we were walking in a circle.”

“Mohhhhm. This is NOT the way to the Blue Line.”

“Can’t you just call your friend? She can get us out. Or call Dad.”

I am an independent woman. I will die here before I call my husband to help me find a locker.

“My feet hurt. Can we get Mr. Donut now? You promised!”

“Honey, I told you, we’ve been walking for almost an hour, and the locker has vanished. Yes, I asked at the information desk. You are cutting out again. What? Battery dying. Yes, I charged it. It’s an iPhone 5 – what did you expect . . .”

“Mom, did you just sear? I’ve heard that word at school.”

[The individuals in this dialogue are real. Names were removed to preserve anonymity.]

My family jokes that, whatever you need to find at Taipei Main Station will vanish. Seeking it out will produce the worst version of yourself. Conversely, that “thing” so desperately sought after will reappear the second you no longer need it:

“Blue lockers! Right next to Mister Donut and Platform B. Mom, remember when you said that swear word?” – My firstborn two days later – and every day after this for the rest of her life.

Therein lies the torment of TMS.  But I keep coming back for more.

Maybe that’s because it feels too familiar. Right now, Taipei Main Station is my life. It feels like a relentless game of hide-and-seek with purpose:

I’m sure it’s around this corner. Then, another empty corridor.

Here, I am, in the lyrics of U2, “Running to Stand Still.” * This hamster wheel has left me soul-tired and gasping for breath. Just recently, though, I’ve crashed into something that’s stopped the spinning:

A dead Welshman with a bad perm.

Apart from frizzy hair, Matthew Henry and I have little in common. Our birth centuries (17th/20th), occupations (cleric/freelance writer – emphasis, FREE), he with two first names, me with a last name I can’t correctly pronounce. I thought so, too, until I was doing a little light reading in his commentary. Of the whole Bible. 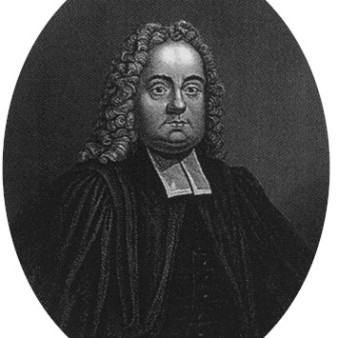 The resemblance here is obvious. Full disclosure: One of us is wearing a wig. The other just completed a 13 hour flight . . . It could go either way.

In a single brushstroke, this man painted my life-portrait:

“Blessedness is the thing which men pretend to pursue. . . But most mistake the end, and form a wrong notion of happiness; and then no wonder that they miss the way; they choose their own delusions, and court a shadow.” **

That’s it. The sum total of my breaths in pursuit of purpose, happiness, life itself – I’ve spent “court[ing] a shadow” ***

These words refer to the New Testament book of Matthew, chapter 5. Here, a crowd meets a miracle-worker on a mountainside. He spoke of what I seek, but cannot seem to find: Blessing, happiness, purpose. Like these listeners, I’m after my own miracle. So, I’m pulling up a rock, and zooming in – because I’m tired of wandering lost, underground.

It’s time to surface for some fresh air.

* U2 (Not “YouTube”) The Joshua Tree. Millennials, this is a good song. Trust me.

(There are a whole lot of Matthews here. It just so happens that Mathew Henry writes here about the New Testament book of Matthew: So, Matthew’s book, on Mathew’s book. I know.)

(Referenced here again, because I am not tired of typing “Matthew” yet.)